1-7 | A cry to God for the destruction of Jerusalem and its inhabitants
8-13 | A prayer to God for help and restoration so that praise can be heard again.

The psalmist, Asaph (Psalms 79:1), was one of the descendants of Levi who was assigned by David to be a musician in the temple (I Chronicles 15:19).  He was present when the ark was brought into Jerusalem during David’s reign (II Samuel 6:12-19; I Chronicles 15:1-16:3).  Regarding the historical context of the psalm, the IVP Bible Background Commentary1 offers this comment.

Psalms 79:1. historical context. The only time in the Old Testament period in which the temple was defiled and the city of Jerusalem destroyed was in the fall of the city to Babylon in 587 B.C.

This was probably not written by Asaph himself, unless it was a prophetic psalm speaking of a future time, but it was probably one of Asaph’s descendants who was serving as a musician in the temple at the time of the destruction and was writing in the style of Asaph.  Nevertheless, the message of this psalm is timeless.

The key to this psalm is found in verse 10.

Exodus 32:7-14 NASB Then the LORD spoke to Moses, “Go down at once, for your people, whom you brought up from the land of Egypt, have corrupted themselves. 8 “They have quickly turned aside from the way which I commanded them. They have made for themselves a molten calf, and have worshiped it and have sacrificed to it and said, ‘This is your god, O Israel, who brought you up from the land of Egypt!'” 9 The LORD said to Moses, “I have seen this people, and behold, they are an obstinate people. 10 “Now then let Me alone, that My anger may burn against them and that I may destroy them; and I will make of you a great nation.” 11 Then Moses entreated the LORD his God, and said, “O LORD, why does Your anger burn against Your people whom You have brought out from the land of Egypt with great power and with a mighty hand? 12 “Why should the Egyptians speak, saying, ‘With evil intent He brought them out to kill them in the mountains and to destroy them from the face of the earth’? Turn from Your burning anger and change Your mind about doing harm to Your people. 13 “Remember Abraham, Isaac, and Israel, Your servants to whom You swore by Yourself, and said to them, ‘I will multiply your descendants as the stars of the heavens, and all this land of which I have spoken I will give to your descendants, and they shall inherit it forever.'” 14 So the LORD changed His mind about the harm which He said He would do to His people.

1 Samuel 17:26 NASB Then David spoke to the men who were standing by him, saying, “What will be done for the man who kills this Philistine and takes away the reproach from Israel? For who is this uncircumcised Philistine, that he should taunt the armies of the living God?”

Today, Jerusalem is still in turmoil.  It is a divided city with many who do not know the Lord of the Bible or His Son and Messiah/Christ, Jesus of Nazareth.

Heavenly Father, we pray for the people of the city of Jerusalem.  While there are some who seek to honor You in their daily lives, their are still many who have not found salvation that can only be found in Your Son Jesus.  Lord this is Your city and I pray that Your Spirit would stir a desire in the hearts of the people to know You and to hear the message of hope, love, and forgiveness that can be found through faith in Your Son.  May Your will be done on earth as it is in heaven, in Jesus’ name. Amen. 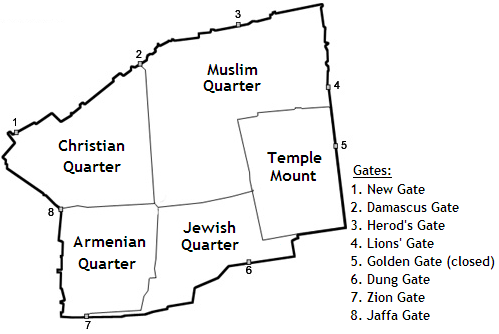 Psalm 79 - A Prayer for Jerusalem
Psalms_079_RL-APrayerForJerusalem.pdf

A devotional for Psalm 79.

View all posts by James Swanson →